How to Designate Beneficiaries on Your Life Insurance Policy

The purpose of a well thought out beneficiary designation on a life insurance policy is to fulfill your intent on how the death proceeds are to be paid and to provide a clear identification of who will receive them.

Situations may change (births, divorces, death of a beneficiary, etc.), so review your designations regularly. It may be a good idea to coordinate this with the attorney who drafted your will or trust if you have them.

Your beneficiary designations may be the most important aspect of your policy so here at Quotacy we take them very seriously—which is why we’ve created this handy guide. In it, we share various ways to think through your beneficiary choices and provide examples of how term life insurance policy designations work in a given scenario.

Here are some of the important terms to familiarize yourself with as you complete this important step in your life insurance process:

Probate – The legal process of determining how your estate is to be distributed. Life insurance proceeds can normally bypass the probate process with the naming of a specific beneficiary.

Insured – The individual whose life is insured on the term life insurance policy.

Policyowner – The person or entity that pays the premiums for the life insurance policy.

Beneficiary – A person or entity that will receive the death proceeds paid under a term life insurance policy.

Primary Beneficiary – The primary beneficiary receives the death proceeds if they are alive.

Contingent Beneficiary – The contingent beneficiary will receive the death proceeds only if the primary beneficiary is not alive or does not exist when the insured dies.

Per Stirpes – Term used to describe how proceeds should be distributed when a beneficiary who has children dies before the insured. It is intended to allow grandchildren to inherit in place of a deceased parent.

Example: Assume you have three children, A, B and C. If B dies (who has 2 children of her own) before you do, then at your death the proceeds will be split with one third going to each of your children, and the remaining third is split equally between your two grandchildren.

Example: Assume you have three children, A, B and C. If B dies (who has 2 children of her own) before you do, then at your death the proceeds will be split 4 ways. Each of your children receives 25% and the two children of B each receive 25%.

Examples of Beneficiary Wording on a Term Life Insurance Policy:

One Beneficiary
Individual beneficiary designations must include both the name of the individual and enough additional information for the carrier to clearly identify and locate the intended beneficiary. Commonly, the relationship to the insured is used, and in lieu of the relationship, the beneficiary’s date of birth or Social Security number should be used.

Multiple Beneficiaries with Survivorship
When there are two or more beneficiaries, the same guidelines should be followed: the names of the individuals and some identifying information must be provided.

Example 1: Paid to Aida Bugg, Barb Akew and Ray O’Sun, children of the Insured, equally or to the survivor.

This wording divides the death proceeds in equal shares among all primary beneficiaries alive when the Insured dies. So, if Aida dies before the insured and the death benefit is $100,000, then Barb and Ray each get $50,000.

Example 2: Paid to Eileen Sideways and Rita Book, children of the Insured, per stirpes.

Example 3: Paid to Paige Turner and Bea Mine, children of the Insured, per capita.

Multiple Beneficiary Designations with Equal and Unequal Shares
If there are multiple beneficiaries and the death proceeds are going to be split unequally, the beneficiary designation must clearly state how much each beneficiary should receive. If the designation is not specific, then the carrier will assume that each is to receive an equal share.

Unequal shares should be expressed as percentages or fractions that always add up to 100%. Please avoid expressing beneficiary shares as dollar amounts since the actual death benefit paid may be more or less than the original policy face amount.

This wording will follow the same distribution as it passes down to the beneficiary’s lineal descendants.

Children as Beneficiaries
There are two ways to accomplish the goal of having children named as beneficiaries on your term life insurance policy. They may be named individually, like in the examples above, or they may be included in part of a class.

The class method is a better option for parents still considering having more children. Using a class designation instead of individual names provides the advantage of automatically including children who are born after the beneficiary designation is made, avoiding the need to update the designation after the birth of a future child. It also protects against a situation in which the policyowner forgets to add a child who is born later.

Example 1: Paid to all the children of the Insured living at the time of the Insured’s death, equally or to the survivors among them.

This wording includes all the children of the insured, including children born after the beneficiary designation is made. In some states, it might leave open the question about whether or not the insured intended to include adopted children.

Example 2: Paid to the children of the marriage between the Insured, Mark Ateer, and Jan Ateer, per stirpes.

Example 3: Paid to the children of the marriage of the Insured and Dee End, natural and adopted, living at the time of the Insured’s death, equally and to the survivors among them.

This wording includes both natural and adopted children of this marriage, but does not include children born after the insured dies. If you intend to include step-children you must name them or include them as a class.

Example 4: Paid to all the children born of the marriage of the Insured and Audie Yose, including children born after the death of the insured in equal shares.

This wording includes children who are not born until after the insured’s death.

Minors as Beneficiaries
In most states, minors may not sign legal documents or consent to activities concerning their property.

When a minor is named as a beneficiary, the proceeds may be paid only to a court appointed guardian. A child’s parent is not automatically the child’s guardian for purposes of receiving life insurance proceeds. The inability of the minor to consent may delay the payment of insurance proceeds.

A court must always appoint the guardian no matter what the parent’s Last Will and Testament states. All 50 States have passed a version of either the Uniform Transfers to Minors Act (UTMA) or the Uniform to Minors Act (UGMA). These are the laws that define terms under which someone who is not a court appointed guardian may receive property on behalf of the minor.

Divorce Decrees
Divorce decrees often require one party to carry life insurance for the benefit of the former spouse or children. It is important that any beneficiary designation comply with the insured’s obligation under the divorce judgment. When requesting a beneficiary designation of this type, it is recommended to include a copy of the relevant part of the term insurance FAQ. 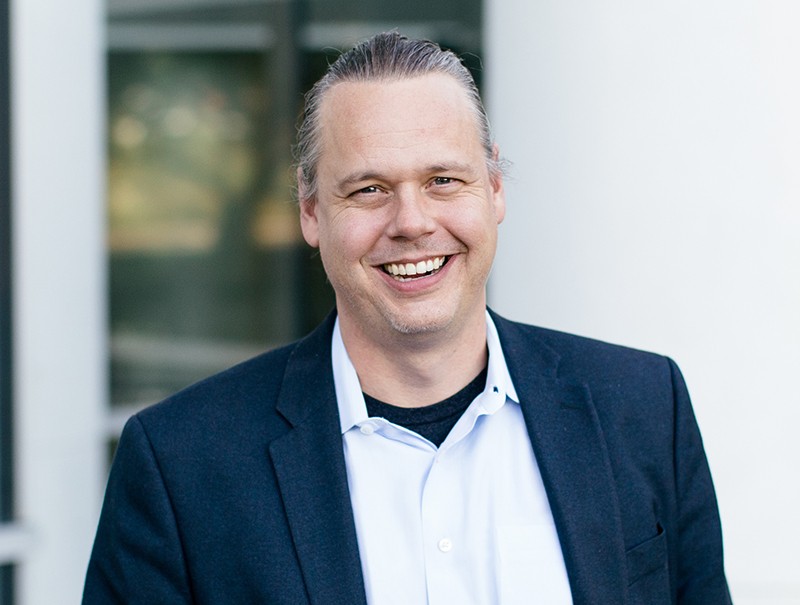 Co-Founder and CEO of Quotacy, Inc.

Jeremy is co-founder and CEO of Quotacy, Inc., a direct-to-consumer digital life insurance agency headquartered in Minneapolis. The company’s mission is to help everyone who has loved ones—who depend on them financially—to own a life insurance policy. Mr. Hallett is also CEO of Hallett Financial Group, Inc., a brokerage general agency (BGA) that distributes life insurance, annuities, disability, and long term care products. Hallett Financial has been serving over 2000 insurance agents and financial advisors since 1990. Jeremy’s partnerships—across technology, insurance, and finance—stem from his willingness to spark innovation and his curiosity about what’s possible in life and business. Playing sax and meditating daily keep him happy and humble.