The Last Jedi and Life Insurance

By Eric Lindholm
January 31, 2018
Our goal is to educate and advise on life insurance options, so you can feel confident in making the right choice, whether that’s through Quotacy or somewhere else. To ensure we provide accurate and trustworthy information, our writers follow strict editorial standards.

It’s been over a month since The Last Jedi hit theaters, and the hardcore Star Wars fans here at Quotacy still have a few unanswered questions:

But, for us, the most important question of all…

Spoiler warning for: The Force Awakens

Did Han have a life insurance policy in place when Kylo Ren killed him?

Wait, that’s not the question you want answered? Well, for life insurance nerds like us, this is half the fun of watching movies!

To take this excitement up a notch, we’re going to do a quick hypothetical experiment where we see what would happen if Han Solo had a term life insurance policy at the time of his death.

Before we dive in, consider this: Han’s death involved his entire family.

Between the strained relationship with his son, the divorce from Leia, and the murder charge of his son killing him, any galactic life insurance carrier would be tearing their hair out if a claim like this came through. We can’t even begin to imagine how an ex-trade federation bookie would be able to untangle it.

But that’s exactly what we’re doing today. I’ll show you how Han’s situation could have played out differently had he had a term life insurance policy.

That also begs the question: If he did have coverage, when did he purchase it?

When would Han buy a term life insurance policy?

Typically, the beneficiaries for a life insurance policy are set when the policy is put in place, but this can change later on with a little bit of paperwork.

Since many people purchase life insurance policies when their children are born, it’s safe to conclude that Han probably bought his policy while he was still married to Leia, shortly after the birth of their son, Ben.

But even if he did have an active policy, that still leaves a few more big questions that J.J. Abrams didn’t see fit to answer during Episode 7—questions that life insurance nerds like us are salivating over. We’re going to assume that they just didn’t make the final cut.

Fortunately, we’re diving into those questions now starting with…

Did Han Solo change his beneficiaries when Ben turned to the dark side?

When Ben turned to the dark side, Han and Leia split up. Every true fan knows that.

But what if it was also the same point when Han’s life insurance policy was altered?

See, if we assume that Han wanted to remove Ben as a beneficiary on his policy after he turned to the dark side and murdered the younglings under Luke’s care, he would have either left Leia as the sole beneficiary (if their marriage was still doing well) or would have found another beneficiary (if it was already falling apart).

That leads us to:

What happened to the life insurance policy during Han and Leia’s separation? 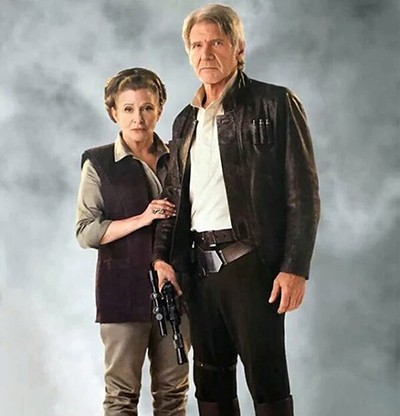 Let’s assume that Han and Leia got a divorce.

If the terms of the divorce didn’t require Han to keep Leia on his life insurance policy to replace child support payments after they split (Ben was already disowned, so this doesn’t seem likely), we can assume that Han’s divorce lawyer would have advised him to submit the paperwork to remove Leia as a beneficiary.

This leaves quite a few interesting options for Han to consider.

It’s our personal belief that if he changed his policy after the divorce, he would have listed Chewbacca as the primary beneficiary leaving everything nice and tidy at the end of The Force Awakens.

This assumes that there is real insurable interest between the two of them.

Now, the team at Quotacy believes that Chewbacca was a co-owner of the Millennium Falcon, if not a major shareholder of their smuggling and material transportation business.

If Han and Chewie are still on the hook for the debt owed to the Hutt cartel for the Falcon, Chewie would have an ironclad insurable interest to receive a policy’s payout.

However, he could also have listed his good friend (and former brother-in-law) Luke as the beneficiary because there is ample evidence that he was still alive during the events of The Force Awakens.

But, there’s one problem

Both points one and two are contingent on one big assumption: Han Solo is a responsible life insurance owner.

With his shoot first, ask questions later way of doing things and his general cavalier attitude toward responsibility, I’d bet that he would have forgotten to change his beneficiaries when Ben defected to the dark side.

The issue here is: because Ben’s new identity as Kylo Ren was a closely guarded secret, Han and Leia’s divorce lawyer may not have realized that allowing Ben to remain a beneficiary to Han’s policy would put money into the First Order upon Han’s death.

This leads us to the third and biggest headache of cashing out Han Solo’s policy:

If the beneficiary of the policy is a suspect in the murder, they won’t receive a payout until they are no longer suspected.

So, will Ben Solo inherit anything? 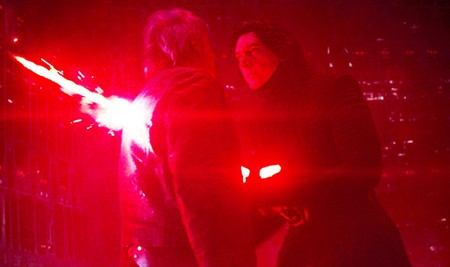 And that’s a really bad thing to do.

However, life insurance policies are very particular about what happens when the person being insured is murdered.

If the beneficiary of the policy is a suspect in that murder, they won’t receive a payout until they are no longer suspected.

Because Ben killed Han in front of a few very reliable witnesses, the case against him is airtight: He will never see a cent of that money.

But what happens if there aren’t any other beneficiaries for the carrier to fall back to?

Typically, a life insurance carrier that can’t find any beneficiaries will deposit the money directly into the deceased’s estate. Then, the estate will be divided according to their will.

If there is no will, the government provides one—unfortunately, not always to the liking of the heirs.

However, even if Ben is listed as an inheritor, it’s still very possible that the New Order won’t be getting Han’s payout, as you’ll see next.

Ben Solo and the Slayer Doctrine

On earth, even before courts and judicial systems, there was the concept of the Slayer Doctrine.

The Slayer Doctrine is (in addition to the name of my new heavy metal appreciation podcast) the concept that a person cannot take advantage of their own wrongdoing.

This concept is a part of common law, meaning that it has been present in almost every earth culture before law was written, and has since been absorbed into law almost everywhere in some form or another.

If we assume that this type of rule also holds true for a galaxy far far away, it’s reasonable to assume that Ben won’t get a single credit of his father’s estate.

Instead, Han’s last will and testament will be carried out as though Ben was already dead before the death of his father.

So Ben’s portion of the estate will be split according to the will with each inheritor receiving their portion—probably including Leia, Chewbacca, Luke, and maybe even Rey (if Han had time to leave her something in the short time they knew one another).

Again, this is all just a fan theory by someone who is incredibly interested in the way life insurance intersects with pop culture.

If the cast and crew of the latest Star Wars trilogy were to address the issue of term life insurance, I imagine that it’ll be just as satisfying as my analysis, and not something half-baked about midichlorians, The Trade Federation, or Senator Binks.

For readers interested in understanding the lighter side of life insurance, you can get a free term life insurance quote or get in touch with our life insurance advisors. Our advisors are always willing to answer your questions and find the right policy for you—without any pushy sales tactics or Jedi mind tricks.

» Learn more: Here’s Why Batman Could Never Get Life Insurance

All photos credited to Disney.