You’ve probably heard a thing or two about Radon. Odds are that if you own a house, you’ve had a Radon test done at some point or another. But do you actually know what Radon is? Let’s discuss radon awareness.

The EPA has designated January as National Radon Action Month, and we thought it would be a great opportunity to talk about what Radon is, go over some of its long-lasting health effects, and give you some suggestions on what you can do to help keep your family safe.

Radon Awareness: What is Radon?

Okay, first thing’s first – Radon is a gas. It is clear, odorless, tasteless, and most interestingly, it’s radioactive. It is formed as one step of the atomic decay process of radioactive elements like Thorium, Radium and Uranium while they’re on their way to becoming Lead.

Even though it sounds like science fiction, undetectable radioactive gas is just a natural part of our planet’s life cycle. According to most professionals on the subject, every square mile of land has, on average, about one gram of Radium within the first six inches down, which provides a steady, very slow stream of Radon into the atmosphere. There are very small amounts of radioactive elements like Radium all across the world, and the places where more of these elements are underground end up producing the most Radon.

Given the time to decay, radioactive elements decompose in the earth, and the Radon gas that is released can often seep up out from the ground. The fact that it comes from below most structures means that it can sometimes seep through a leaky building foundation and get into basements and ground floors. There are trace amounts of Radon in all air of the air we breathe, but those kinds of low amounts aren’t dangerous to humans.

Since Radon is radioactive as well, Radon gas that is left alone will quickly begin to decompose at the atomic level into other elements that naturally latch onto dust particles and leave the air. The half-life of Radon, or the amount of time that it takes for approximately half of the Radon in a given area to decompose and leave the air, is around 3.8 days, so the concentration of Radon in a given space drops by half every four days or so. This means that even though new Radon is always entering the air through the soil, it decomposes into less dangerous elements fairly quickly, which makes it hard to reach a dangerous level in areas with proper ventilation.

However, in some basements without proper air conditioning, insulation, and ventilation, Radon can linger and pool before it breaks down, which can sometimes cause it to rise to unsafe levels. Since it’s odorless, tasteless, and colorless, the only way to check on your home’s Radon levels is by using a Radon test kit.

The EPA recommends that all houses be tested for radon awareness when they’re bought and sold. The seller of a home should have a test done before the final sale in order to avoid leaving the buyer with a radioactive basement, and a new renter should perform a Radon test in their rental property to make sure it’s safe. Additionally, all homes in America should have their lower level and basement tested for Radon once during a season when the heat is on, and once during a season when the AC is on. After that, you only need to test for Radon if renovations to your home, earthquakes, or any other shifting of your home’s foundation may have caused a leak in your insulation.

Since it’s odorless, tasteless, and colorless, the only way to check on your home’s Radon levels is by using a Radon test kit.

Being a radioactive gas, Radon exposure is the leading cause of lung cancer among non-smokers, even beating out secondhand smoke. While small amounts of Radon don’t change the probability of a person contracting lung cancer, when exposed to concentrations high enough, the odds that the radiation has an adverse effect on lung tissue increase drastically.

Compared to the cost of healthcare after being diagnosed with lung cancer, the price of having a Radon test done is almost nothing. You can get short-term test kits for around $10 to $25 at hardware stores, and even on Amazon.

If you’re looking for a short-term radon test, there are many options available commercially. Most commercial tests use natural indicators and chemical reactions to detect Radon, similarly to the water testing strips used in swimming pools. Others work similarly to a carbon monoxide monitor, and require power to test for Radon over a longer period of time.

Most short-term tests collect all the data they need within 2-4 days. To perform a Radon test, first prepare the lowest lived-in room in your home by making sure that all windows and outside doors are closed. This will help the test determine your house’s baseline amount of Radon by letting it build up to its highest natural level.

Then, simply follow the included instructions on how to use your testing kit to make sure that you’re helping it gather accurate results. Most often, this involves hanging the tester from the ceiling so that it’s evenly spaced between the ceiling and floor. You should also keep the tester away from doorways, windows, and drafts to make sure you’re getting the most accurate readings possible.

There are many ways to lower Radon levels in your home, but mitigation methods vary depending on the type of house being worked on. Depending on the foundation of the house, it is often possible to simply install a ventilation system in a crawlspace to push the Radon out away from beneath the house. It is also possible for contractors to seal cracks and leaks in your foundation in order to ensure that your home is airtight and resistant to Radon.

To find professionals who specialize in dealing with Radon near you, one of the best resources to look over is the NRPP – the National Radon Proficiency Program. Their database contains contact information for Radon specialists across the US who are independently certified for their expertise.

The moral of this story? Go ahead and test your house if it hasn’t been tested in a while. Knowing is half the battle, and if you determine that you have a Radon problem, there are professionals all across the US who are ready to help solve it. Stay informed about radon awareness.

6 Financial Pieces of Advice for Homebuyers

What You Need to Know About Life Insurance 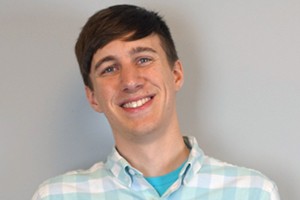