Myth: Only rich people have estates.
Fact: Just about everyone has an estate.

An estate is essentially anything a person owns at the time of their death. An estate plan includes both tangible and intangible property.

Everyone’s estate plan will be different, but the reasons behind creating an estate plan are usually pretty standard.

Four main reasons for having an estate plan:

What is a Will?

A will (sometimes called a “last will and testament”) is a document that essentially states your final wishes. This is probably the most basic part of estate planning. Most people should have a will.

If you die without a will, this is called dying intestate, the state gets to decide what happens to all your stuff.

Without a will, your family may:

Drafting a will doesn’t have to be expensive. Hiring an estate lawyer is the best way to ensure everything is correctly done and valid, but if you do not have a sizable or complicated estate this isn’t necessary. You can even draft a will yourself online for an inexpensive fee at websites such as Giving Docs.

What is a Trust?

A trust is an agreement used in estate planning that states what you want to happen to the assets held in that trust. While a trust may sound similar to a will, they are two different documents with different purposes, yet the two may overlap in regards to function. Having a will does not mean you do not need a trust and vice-versa.

A trust is created by the grantor who determines the trust’s rules: what goes in, what it’s to do, and how and when to do it. The grantor appoints a trustee to carry out these rules. The recipients of gifts within the trust are called beneficiaries. Beneficiaries can be family, friends, charities, even pets. There are essentially two different types of trust: revocable and irrevocable.

With an irrevocable trust, no one can access the assets once they are transferred into the trust, not even the grantor. An irrevocable trust is one which cannot be altered, changed, modified, or revoked. Because these assets can no longer be accessed by the grantor, they typically are then exempt from estate taxes.

Unlike a will, a trust typically avoids the probate process. While having a will is better than dying without one, sometimes determining the validity of a will and settling the estate can be a long and drawn out process. Trusts don’t have this problem.

Trusts ensure your wishes are carried out in a timely manner and privately. Trusts are more complicated than wills so it is recommended that you work with an estate planning attorney when setting one up.

The Importance of a Beneficiary Review

Estate planning is all about the beneficiaries. Once you’re dead, you have no use for any of your possessions and can’t do anything about anything from the grave. This is why conducting beneficiary reviews is essential to make sure your estate plan is set up according to your wishes.

Proper designation on your life insurance policies and retirement and investment accounts can help with the following:

Keep on top of updating your policies and accounts as necessary. You don’t know when you’re going to die and it’s too late to change beneficiary designations after you’re gone.

Keep on top of updating your policies and accounts as necessary. You don’t know when you’re going to die and it’s too late to change beneficiary designations after you’re gone.

Lifestyles of the Rich and Famous: Estate Fails

You would think that with all their money and success that celebrities would have the best of the best when it came to financial planners and making sure their affairs are order. This isn’t always the case. Let’s take a look at some examples to learn from. 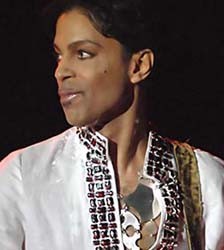 Quotacy is headquartered in Minnesota. So, you know we’re all about The Artist Formerly Known as Prince. His death at age 57 in April of 2016 was sad and unexpected.

Prince died without a will or trust. As of 2021, his estate settlement is still in limbo. During the probate process, Prince’s estate has paid out millions to lawyers and consultants and his family, as you can imagine, is exhausted. The end to finalizing his estate is not yet in sight. 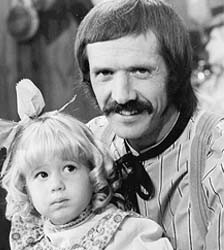 Sonny Bono died in a tragic skiing accident at the age of 62.

He had no will or trust in place. His wife, Mary, spent years battling to be the executor of his estate and had to fight multiple lawsuits brought on by individuals who claimed to deserve a piece of his estate which was worth approximately $2 million.

Eventually, the estate was divided between Mary and Bono’s two children. Had Bono had an estate plan in place, his family would not have had to go through legal battles or spend thousands on court-related expenses. 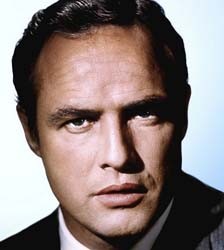 Marlon Brando died at the age of 80 with a will, but countless individuals came forward claiming he had verbally promised them certain assets. Five years after his death, Brando’s estate, which was worth approximately $20 million, was involved in more than two dozen lawsuits.

One particular lawsuit involved Brando’s housekeeper. She sued the estate executors alleging that Brando verbally promised her continued employment and the house she lived in. She eventually settled for $125,000. This lawsuit could have been avoided had Brando specifically named or disinherited her in his will. 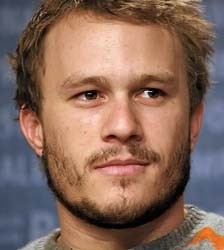 Heath Ledger died far too soon at the age of 28. He left behind a will drafted before the birth of his daughter and failed to update it to include her.

U.S. law determined that his will was valid and instructions needed to be carried out. The will stated his assets were to go to Ledger’s parents and sisters, leaving his daughter and her mother no rights to make a claim on his $20 million estate.

However, Ledger did have a $10 million life insurance policy, which had its own legal issues, to which his daughter was the named beneficiary. This then brought up questions as to Ledger’s wishes. Did he want his estate going to his parents and sisters since he purchased this policy for his daughter? Or did he really just forget to update his will?

Ledger’s family eventually agreed to give his daughter the majority of the estate, believing that is what he would have wanted. 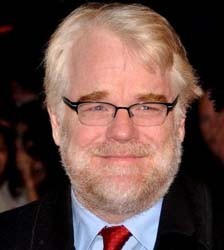 Philip Seymour Hoffman died at age 46. He created a will after the birth of his first child, but never updated it to include the additional two children he had later on. He also had a trust which stated that his long-time girlfriend was to inherit his $35 million estate. However, because they were not married, taxes ate up about $15 million of that estate. 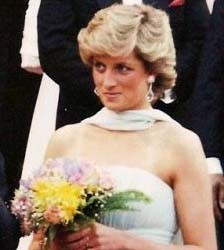 When Princess Diana passed away at the age of 36, she had two sons and 17 godchildren. She also had written a “letter of wishes” that stated that she wanted a quarter of her possessions to be divided among her godchildren (each share of which would have been worth approximately $160,000), but because this letter was not referenced in her will or trust, it was deemed ineffective and not carried out by her estate.

Also, know that life insurance trumps will beneficiary designations. In other words, if your will states “I want my life insurance death benefit to go to my daughter” but your life insurance policy is outdated and names an ex-spouse as the beneficiary, guess who is getting that money? Your ex.

Take a look at this blog post 10 Things Not to Do When Choosing Your Life Insurance Policy Beneficiaries to help ensure your life insurance policy is set up according to your wishes.

Natasha is a writer and content editor at Quotacy. She is also co-host of Quotacy’s YouTube series. She can't get enough of life insurance and outside of work is also working toward her Chartered Life Underwriter designation. Connect with her on LinkedIn.