When we are looking to make a large purchase, we tend to ask questions and do our research. Is the product of good quality? Is it worth my money? What are others saying about it? Then we go straight to the reviews to continue our research. (Check out Quotacy’s customer reviews here on TrustPilot.)

But when you’re buying something that isn’t tangible, like a car, you are placing a lot of trust in that company and product.

When it comes to life insurance, you want to know that the company you choose is solid. You want to know that it will be around for many years so when it’s time for your loved ones are to receive the death benefit, they have no issues. That’s a whole lot of trust.

The good thing is that the life insurance industry is super regulated. There is a reason why there are so many questions you have to answer on your application and that it’s a lengthy process. It’s not exactly the most fun process, but know that it’s a good thing that it’s comprehensive.

What are the rating agencies?

While each agency looks at the financial stability of the insurance company, they all have their own rating scales and standards. It can get confusing when you get into the grading details, but it’s important to understand what each grade means so that you can make the best decision.

How to decode the ratings?

An A+ rating from one agency doesn’t meant the same thing as an A+ from another agency, and furthermore, not all agencies have an A+ rating to give.

Typically, rating agencies give life insurance companies one of 9 to 16 long-term financial strength ratings. The highest rating means that that company is likely to pay out future claims. Top ratings from A.M. Best are A++ and A+, Fitch and Standard & Poor’s are AAA and AA. Moody’s strongest ratings are Aaa and Aa.

When you look at the lower end ratings, A.M Best’s lowest is S. Fitch and Standard & Poor’s is D, and Moody’s doesn’t give a grade lower than a C. A low rating could mean a company is unlikely to pay future claims and might even be going under.

You don’t need to choose a carrier with the very highest possible rating, but steer clear of insurers on the lower end of the scale. For example, A.M. Best considers a company rated B and below to be financially vulnerable. Standard & Poor cautions against companies below BB.

When it comes to life insurance, you want to know that the company you choose is solid.

How should you choose?

If you’re looking at company that has an A++ rating and one that is A+, they are both fantastic. If you are having difficulty choosing between a company that’s A+ and B+, then go with the A+. Avoid insurers that have vulnerable ratings. 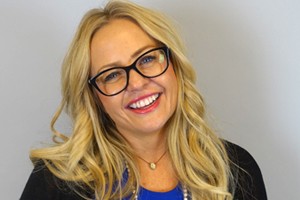 Jeanna has a passion for letting her creativity shine. At Quotacy she manages social media, is a co-host of Quotacy's Q&A Friday YouTube channel, and enjoys writing here and there. When she's not at the office, you can find her hanging with her husband and rescue animals, brunching with girlfriends, or loving up on her nieces and nephews. Connect with her on LinkedIn.