What Type of Retiree Do You Aim to Be?

Saving for your retirement is essential. When you save well for your retirement, you give yourself the gift of the future. Most retirees just want to sit back, relax, and spend their golden years forgetting all the struggles that may have plagued them throughout their lives.

This is only possible with a hefty savings plan from the get-go. Your retirement fund goes into taking care of yourself when you’re older. The better your plan, the better your future.

There are various types of retirement plans suited to each individual and their specific needs, which the American Psychology Association (APA) has identified six distinct types of retirees.

New retirees are like freshly graduated college kids. They’re thrust into a world outside the comfortable monotony of a nine-to-five job, yet again having to find a new path in life. It’s important to keep from being overwhelmed so you can properly enjoy your retirement in all its glory.

Here are the descriptions of the six different types to help you identify what kind you are or plan to be.

The Six Types of Retirees

These retirees continue doing something similar to what they had been doing before the time of retirement, only with certain modifications.

For example, a retired teacher who identifies as a continuer may choose to give special lectures at local schools even though any certain organization does not officially employ them.

Continuers pass their time by finding comfort in the familiar – not fully ready to embrace the uncertainty of change. Also, Continuers often keep a close connection to their former jobs in some way or another.

They need continuity, and so they stay connected to their pre-retirement identities while also trying to branch out and develop new hobbies related to their interests.

Adventurers look at retirement as an opportunity to venture out into the world and try new things. Since retirement leaves you with plenty of downtime, it becomes easy to start doing the things that you once set aside for later.

There’s no longer a busy work schedule sucking up all of your free time. You completely let loose in a world of endless possibilities. Adventurers take advantage of this and explore the world around them by diving into exciting new activities.

Adventurers also venture into the unknown. They take on roles they’ve never played before. They experiment with different hobbies until they find their new groove.

Searchers and adventurers are similar in the fact that they both seek out new roles and activities. While adventurers try various activities until they find their fit, searchers keep searching. The searcher’s favorite question is “what’s next?”.

They’re constantly trying to figure out their next move. Searchers seek their niche in various places. They will find something to do, follow it until they’re satisfied, and quickly look for the next best fit. We’re all searchers at some point.

Easy gliders are those with no particular agenda. They let each day decide their path and have no predetermined plan for life after retirement. They’re fed up with having to toil away at their nine-to-fives and have decided that retirement is for relaxation.

For most retirees, having no agenda is comforting. It brings them joy to wake up to no expectations and a world of possibilities.

While some people go stir crazy at the thought of not having anything to do, easy gliders revel in this fact. They make the most of their free time by doing things that bring them happiness.

An involved spectator is an individual who wants to be part of an organization while also not wanting to be employed on a full-time basis.

They’re involved as spectators but never as active workers. Their satisfaction comes from staying involved in the field they love.

Retreating retirees are most often considered as the ones having the most depressing retirement transition. These are people who choose to take a small step back from everything.

There are two types of retreaters:

They’re stuck in a loop of not knowing what to do next, which often makes them bitter couch potatoes who choose to do nothing.

When you save well for your retirement, you give yourself the gift of the future.

Which retiree do you want to be?

Retirement is an exciting time in a person’s life. It’s the time to explore, to go out into the world and find purpose without abiding by strict rules imposed by a desk job.

Think about what interests you. Perhaps there is something you’ve been meaning to try that you simply haven’t had the time for.

Test out different fields by volunteering, going to new events, and taking part in exciting activities. This is the time to go explore your interests and find new hobbies.

How does your retirement goal affect your current savings plan?

Saving for your retirement is all about ensuring that you have enough monetary support to explore the things you want without running into financial obstacles on the way.

If what you have planned for your retirement is extravagance and luxury, you’ll obviously need to save more, and start cutting back on some things right away.

The amount of savings you should have is entirely dependent on the amount of expenditure you predict for your retirement.

Getting Ready for Your Golden Years

Stepping into a new life can come with a lot of uncertainty and anxiety. No one knows what tomorrow may bring but coming up with and sticking to your retirement savings plan will help you in the long run.

One of the most important investments you can make right now for your long-term financial plan is term life insurance.

Term life insurance is essential for securing your family’s future, especially if they rely on your income. Plus, the younger you are, the cheaper the rate. So, taking advantage of locking in a lower rate is a great idea.

Ready to see what you’d pay for life insurance? Start with a free quote today. 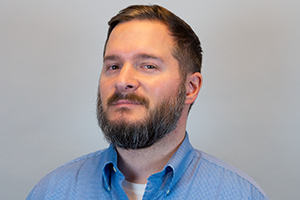 Greg is Quotacy’s Director of Creative Strategy. He has an eclectic past from working on movie scripts to creating ad campaigns for major brands. His love of creative solutions drove him to strategy, and he now uses his powers to help families protect their loved ones. Outside of work, Greg spends his time off the grid hunting, fishing, camping, biking, hiking, and walking his dogs.